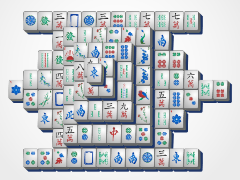 Many of Halloween's origins and traditions are widely believed to be traced back to the Celtic's ancient Gaelic seasonal festival known as Samhain-pronounced 'sow-in'. Samhain, Bealtaine, Imbolc, and Lughnasadh represent the four seasonal festivals of Gaelic culture. The Celts marked Samhain as the conclusion of the harvest season and the onset of winter. Samhain's celebration of seasonal transition was also viewed as a time where favorable crossing existed between the boundaries of the current world and the otherworld. It was believed that this dissolved borderline allowed the souls of the afterlife to roam between these two worlds. Characteristics of the Samhain festival included offerings of food and drink for the spirits, feasts, costumes (also referred to as mumming and guising), reciting songs and or verses door-to-door as trade for food, and sacred bonfires.

Some historians, however, believe that Halloween's roots stem from a Christian holiday and are distinct from Samhain and other seasonal harvest festivals.

In the Spirit of Halloween

Halloween Mahjong is a whimsical reminder of all of the spooktacular activities that surround this holiday. Each tile represents the spirit of Halloween through fun and engaging artwork.

Trick or Treat with Halloween Mahjong! With fun, halloween-themed artwork and 6 original layouts, this game is sure to spook you into a good time.

Remove tiles from the mahjong board by clicking on open tiles in pairs. When you click on a tile that is not open, the board will gray out all tiles which are not currently open. The white tiles are those mahjong tiles open and playable at that moment. Match all the halloween mahjong tiles and you win!

Have a happy Halloween with Halloween - Mahjong.com!! Don't forget the "-" or you won't find the BEST Halloween Mahjong on the web!

DISCLAIMER: The games on this website are using PLAY (fake) money. No payouts will be awarded, there are no "winnings", as all games represented by 247 Games LLC are free to play. Play strictly for fun.